I visited the Birmingham Independent Book Fair on Saturday, and I promised a post about it on twitter, so here we are.

The fair was hosted at the Ikon gallery,  run in conjunction with Writing West Midlands,  and featured a number of independent publishers and self-published writers from in and around Birmingham. I must admit I didn’t realise there were so many publishers in the area.

The publishers and authors were:

Unfortunately we got to The Ikon a little later than intended and a couple of the stalls had already closed, having said that the majority seemed to be selling the types of books I don’t tend to read; crime, horror, poetry, short stories.

We did however visit a few stalls and found some things of interest.

The Pigeon Press stall was by far the most interesting. It was run by two of the authors; Heide Goody and Iain Grant.

What first attracted us to the stall was Heide’s map. She’s in the process of creating a map of places in the Midlands which feature in literature. I was able to add Ruby’s Spoon to her map. She’s hoping eventually to make an app. with the map so you can look up places where you are and see if there are books set there.

We bought a copy of the collaborative books between Heide Goody and Iain Grant Clovenhoof and Pigeon Wings, both of which look like they will be rather amusing. The boyfriend thought they sounded like they would be in a similar vein as Good Omens. I haven’t read that so I couldn’t really comment. 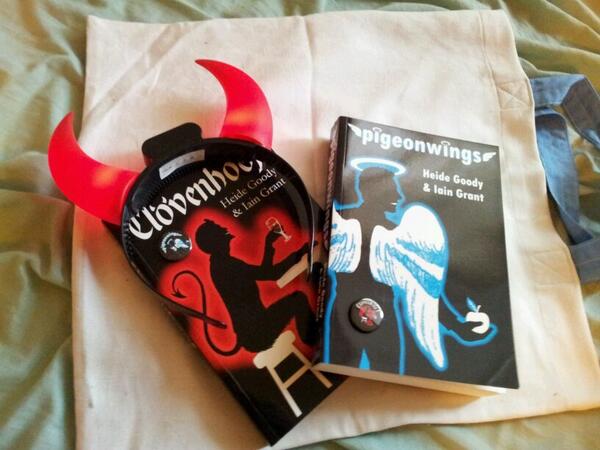 Just noticed the placing of the badge of Pigeonwings…

There were a lot of collaborative pieces from Pigeon Park Press actually which is interesting. I’ve always been interested about how the interaction between authors and each others characters work, seeing as authors tend to know more about their characters than is in the actual books.

What else? Cinnamon Press seemed interesting for writers. They hold lots of writing competitions, which I may enter if I ever finish my NaNoWriMo novel.

I also talked to Tom Bryson. It was interesting to talk about his writing process. He seems to go in for a lot more planning than me, and jumps around writing key scenes before linking them, which might actually work better, I’m not sure. My joining sections do tend to be my main problem. 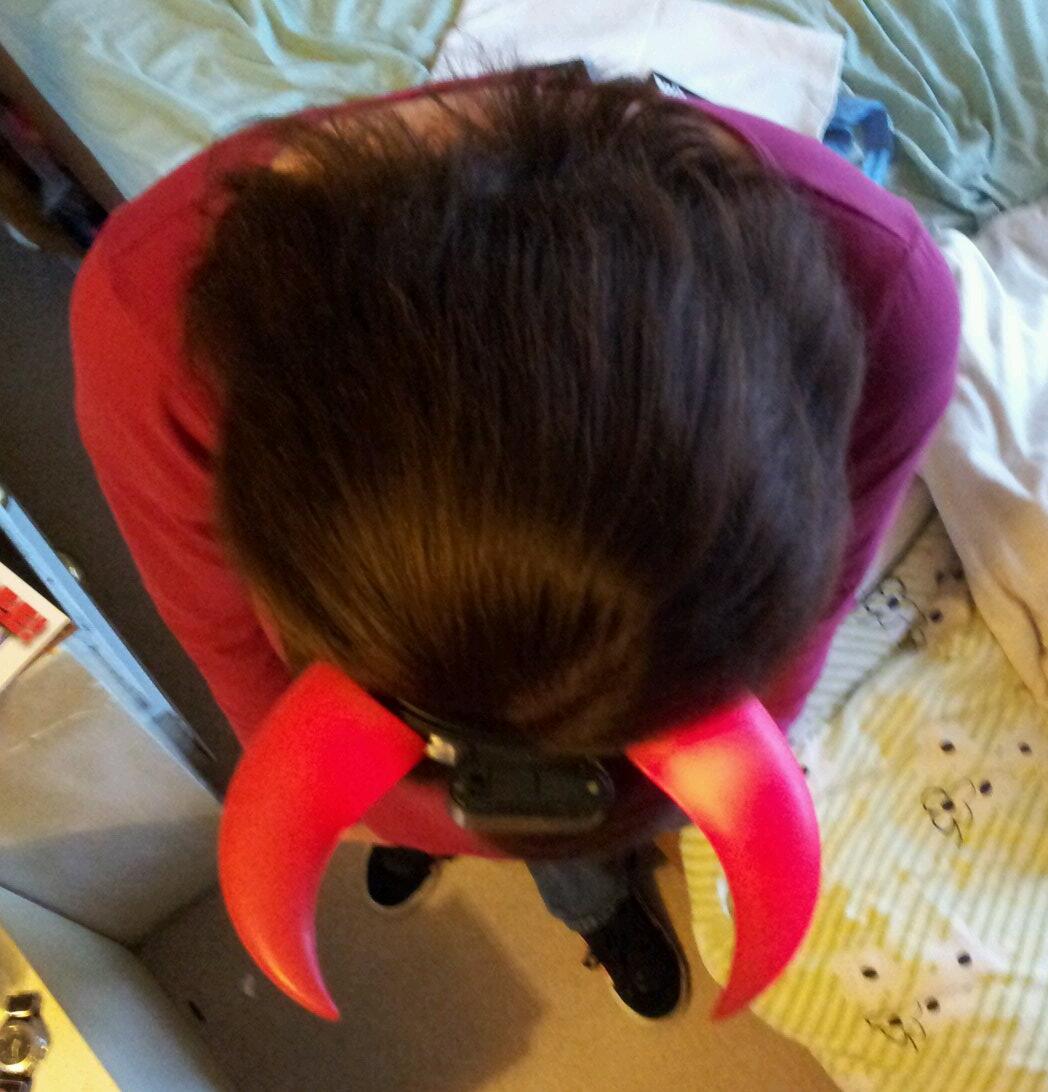